So as you might have read I am having a little bit of a love affair with the 126 film format.

For the uninitiated, 126 film is/was a slightly unusual format, in which a roll film with backing paper is housed inside a cartridge that the photographer simply dropped into the camera, closed the back and wound on.  When it is then wound a series of arrows on the backing paper would scroll past an opening in the cartridge and eventually the frame numbers would show you when your film was wound through enough and ready to shoot.  This was viewed through a window in the back door of the camera. The same system as 120 film but on a smaller scale, and without the red window. You could also see through the window the labelling of the cartridge, making it easily identifiable as to which film you had in the camera. 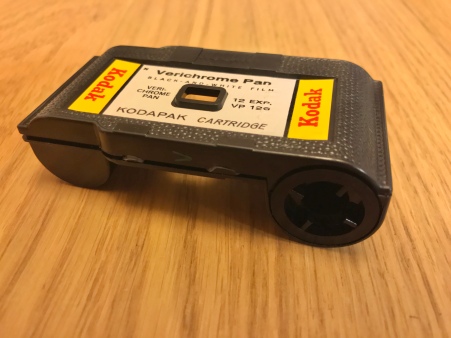 The film itself is the same size as common 35mm and gives the photographer square images approximately 28mm x 28mm. Unlike 35mm though it doesn’t have sprocket holes. Inside the cartridge is a take up spool that is wound by the film advance lever on the camera. This then pulls the film through the camera mitigating the news for the sprockets in the camera and the corresponding sprocket holes in the film. There is a single perforation per frame instead of the five (I think) of 35mm, and this perf aligns with a pin inside the camera that cocks the shutter for each frame. 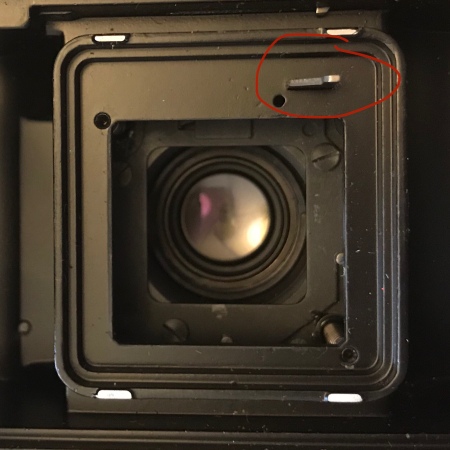 I personally have only seen cartridges in 12 or 24 exposure options but I think I’ve read online that there were at points in it’s history when other options were available.

The format was introduced in 1963 by Kodak as a way of simplifying the film loading process. Colour and black and white films were available from an assortment of manufacturers and in an assortment of ISO ranges.  An interesting side note of 126, like the 110 format as well, is that you could switch out the cartridge mid roll if you wanted to and would only loose the one frame. Say you had colour film in and wanted to switch to black and white. That’s about the only need for that ‘feature’ that I can think of…!

At time of writing 126 film is long defunct.  There have been numerous petitions, requests and shouts asking for it to be rereleased, people normally looking towards companies such as Ferrania and Lomography – but to no avail as yet.  But hey, thats not a no at least…!

I believe the last cartridges were manufactured / sold at the end of 1999 / beginning of 2000.  They still show up on auction sites and for sale sites for a few quid but they’re all obviously expired and you generally have no clue as to how the film has been stored.  If you can get hold of some Verichrome Pan you’re probably laughing though because that stuff seems bulletproof.  I’ll talk further about that in my next post.

The cartridge itself had a small notch on the top that was an indicator to certain cameras as to what ISO film was inside.  Trouble is that there was not a massive amount of 126 format cameras available that actually have the technology to ‘read’ the notch.  The notches were in different positions along this edge depending on the ISO of the film. 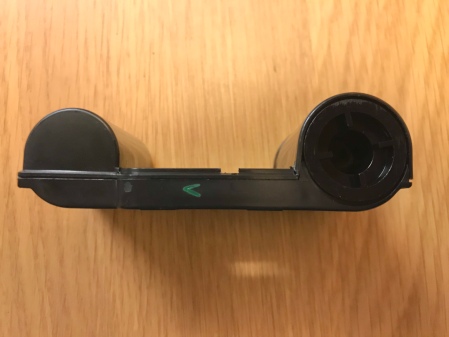 Comparible I guess to the modern DX code on a 35mm canister.

The tech was simple though – there’s a needle in the camera that moves along the top of the cartridge, and as the needle dropped into the notch it knew that that that position meant a certain ISO.  The camera could then use this information if it had a light meter and / or any form of automatic exposure system.

That’s about it on 126 for now. Anything else and I’d just be rehashing what others have already written on the subject. If you’re interested further in the format there are still a few die hard fans that are trying to keep it alive and have written plenty about it online. A simple google of ‘126 film’ still brings up quite a bit.

I also have a Facebook page for users to chat about the subject called 126 Shooters, and if you’re interested in that then it can be found here.

So if you’ve got this far thanks for reading. If I’ve screwed something up please let me know, and equally drop me a line or a comment below if you’d like to know anything else.